Increasingly problematic and cost-inefficient fluorescent systems in 40 subways across the region have been replaced with next-generation LED lighting.

As councils across the UK look to reduce costs and meet ambitious energy consumption targets, it is to be expected that many of them are looking to replace aging fluorescent lighting technology with more efficient systems. In a vast majority of cases, this is leading to the specification of the latest LED-based technology in schools, colleges, town centres and other public spaces.

Such developments are proving to be hugely beneficial both in the short-term (lower energy consumption) and long-term (much-reduced maintenance and support costs). This is certainly something that can be attested to by South Gloucestershire Council, which has ambitions to upgrade all of the lighting across its estate to LED. One of its latest projects saw the replacement of fluorescent-based lighting systems in some 40 subways under its jurisdiction.

Due to the short lifespan of the existing subway lighting, maintenance was an ongoing challenge for the Council’s street lighting team. Mark Williams, Street Lighting Supervisor explains, “The regular programme of works we had in motion to replace failing lamps was virtually a full time job for one of my team – in addition we were responding to a number of reactive call outs. I wanted to find a cost-effective LED upgrade solution that would not only save energy but significantly reduce our maintenance costs.”

After a period of research and consultation, Williams and his team engaged Bristol-based specialist Connected Light to design and install a bespoke LED retrofit lighting solution. As well as delivering the desired-for efficiencies, it was determined that this would also cause minimal disruption to the operation of the subways and surrounding roads.

George Pointing, Lighting Design Engineer at Connected Light, says it quickly became clear that a dramatic improvement upon the existing system was within reach: “The old fittings had switch start magnetic ballasts and were very inefficient. The ballasts were needing to be replaced every three years, which was obviously a significant burden for the Council. In terms of the new solution, this was a major project across many sites, and it was obvious that we needed something cost-effective and – as much as possible – non-disruptive for the Council and its various departments.”

The fact that the existing light fittings were encased in concrete meant that a retrofit solution quickly rose to the top of the agenda. New fittings were assessed, but would have involved extensive drilling and cavity-removal – a necessity that would have raised serious concerns about the structural integrity of the surrounding roads. So drawing upon Connected Light’s extensive expertise in the area, Pointing and his team designed and manufactured a bespoke solution to be accommodated by the existing fittings.

The new solution – which features a new gear tray implemented in the existing fitting – was installed successfully at all 40 locations towards the end of 2016. It was submitted to, and approved by, balancing and settlement company Elexon, which determines the correct electricity usage charge for the Council since subway lighting is unmetered.

Several months on and it is clear that Williams is delighted by the results of the new installation. “For a start, the subways now benefit from vastly improved illumination and colour temperature,” he says. “I would describe it as a bright, clean, ‘modern’ light – as opposed to the somewhat dingy and unwelcoming orange that we had before!”

The advantages of the new system are likely to become even clearer with the passage of time, adds Pointing: “Our expectation is that they will now only have to replace the lighting every 6 years or so – with a straightforward inspection and clean due every two years – so the maintenance burden is going to be dramatically reduced. And then are the energy-related costs. With the new 12W fittings replacing the 48W ones, we estimate that the Council will be on course to enjoy 79% savings on their current energy use for these spaces. The payback period could be as less than two years once energy and maintenance savings are calculated.

“We are delighted to have worked so closely with the Council on this project, and believe that we have delivered a solution that dramatically improves the lighting in these vital public spaces, as well as helping to meet energy consumption and budgetary targets. Our ability to provide highly bespoke solutions has generated a great deal of business for [Connected Light] in recent years, and we expect that trend to continue throughout 2017.” 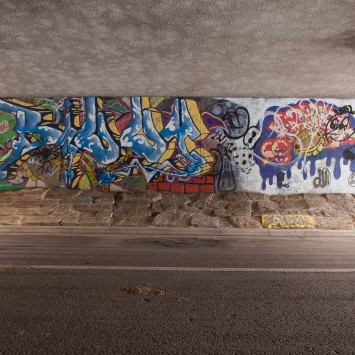 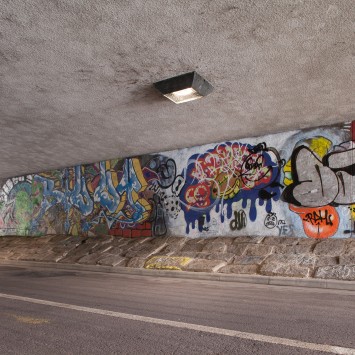